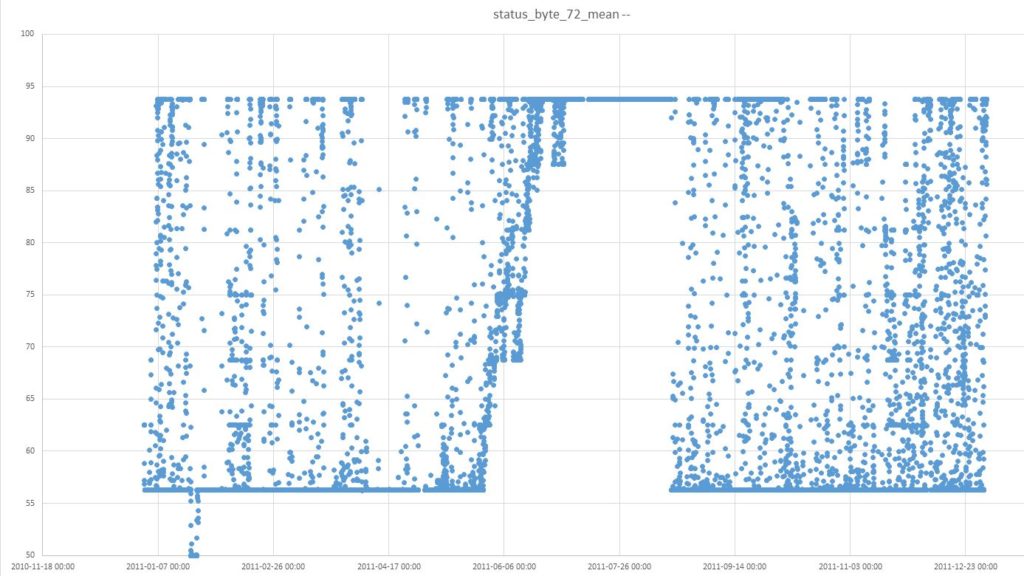 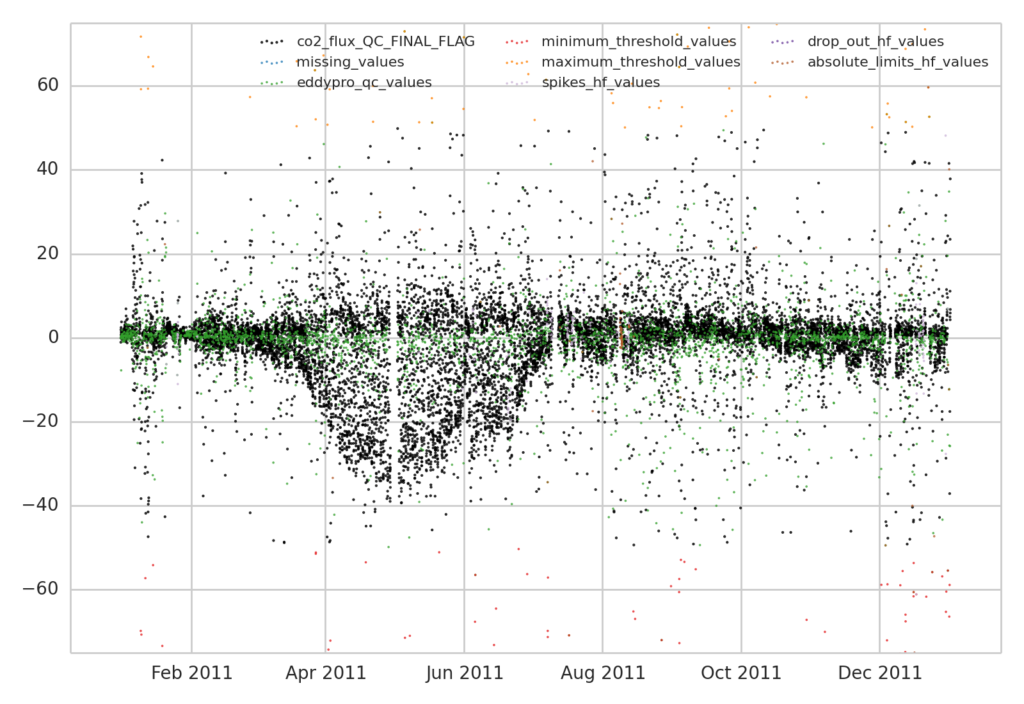 CH-OE2: During the same time period fluxes look very good, e.g. here is CO2 for 2011 with all QC flags considered except AGC. 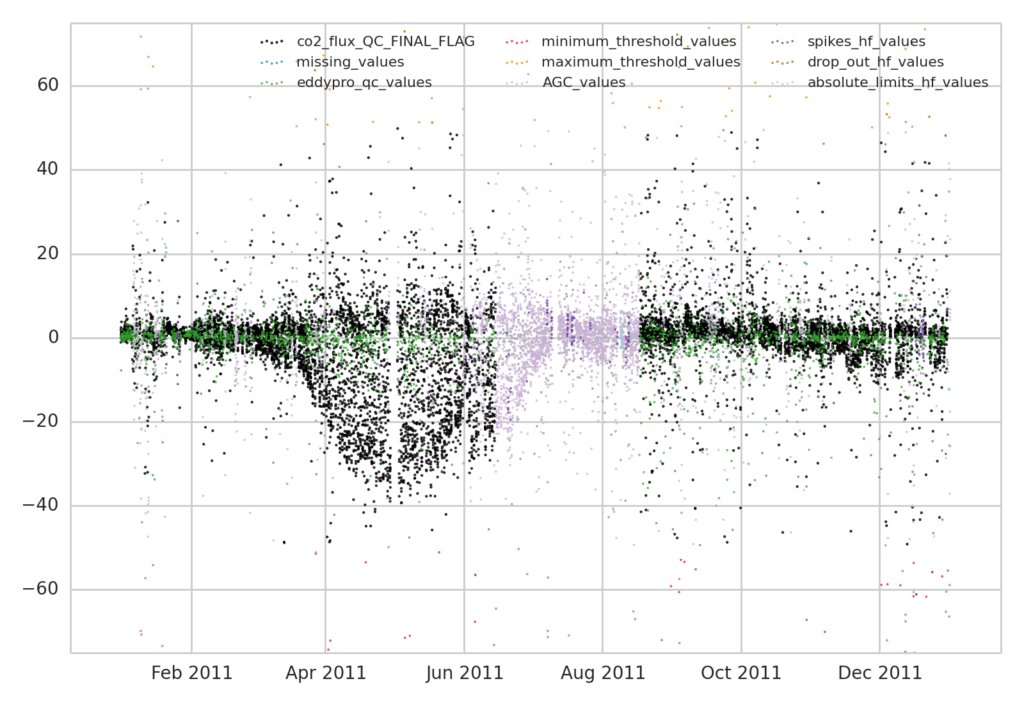 CH-OE2: with AGC considered we seem to lose a lot of the good data.